What's the Difference Between Turbidity & TSS? 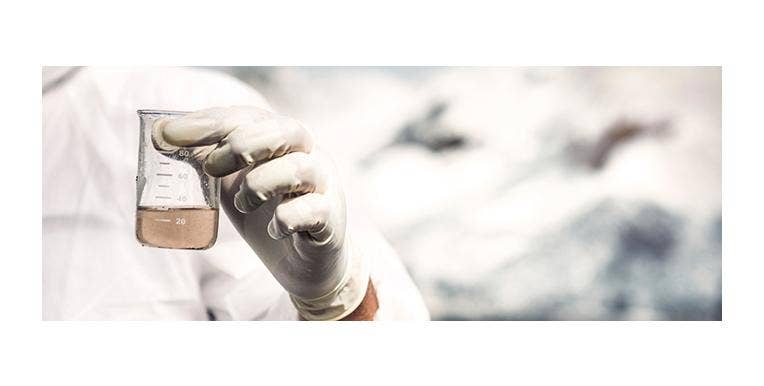 What's the Difference Between Turbidity & TSS?

A common question that arises when studying the clarity or quality of water is the difference between turbidity and total suspended solids (TSS). They both offer measurements on clarity but what does each test for? And is there any correlation between the two?

When we refer to Turbidity, we are looking at how clear or translucent the liquid is by looking at the water’s light-scattering properties. Testing turbidity can reveal some suspended solids, algae, organic material, and any other minuscule particles that cause the liquid to become cloudy or murky resulting in a higher Nephelometric Turbidity Unit (NTU) reading. NTU’s are units that are used to describe turbidity. A low NTU reading indicates clearer liquid and higher readings indicate low water clarity. NTU readings generally range from 1 to 4000 where 1 would indicate pristine clarity and 4000 would have the transparency similar to that of milk. An NTU reading of less than 1 is generally considered quite good for tap water.

What are (TSS) Total Suspended Solids?

Total Suspended Solids (TSS) refers to any particles that are suspended in the water column. These particles can include silt, algae, sediment, and other solids floating in the water (both organic and inorganic). These particles are defined as being large enough to not pass through the filter (through the filtration process) used to separate them from the water. Suspended solids absorb heat from sunlight and as a result, the water temperature increases resulting in a deprivation of dissolved oxygen in the water which can be disastrous to aquatic life if levels are too high. TSS can be measured in ppm, mg/L, g/L and %. To determine TSS, you need to run a sample liquid through a filtering process where the sample is filtered, dried, and weighed. Results can be run through the below formula to determine the TSS in mg/L.

There are portable instruments available that do measure TSS but they can get quite expensive. The best meter we have found measures both TSS and turbidity is made by Hach. It is a portable hand-held meter complete in a carry case which measures turbidity, suspended solids, and sludge blanket level. More information on this product can be found here.

When looking at TSS readings, it is generally considered that a reading of less than 20mg/L is clear. Readings between 40 and 80mg/L will begin to appear cloudy and readings over 150mg/L will appear quite dirty. These numbers can vary depending on the type of particles present and are provided as a guide only.

What’s the difference between turbidity & TSS?

Turbidity and TSS are similar in the sense that they are both measuring clarity of liquid but they aren’t actually measuring the same thing. It is worth noting that measuring turbidity from a sample allows you to get an instantaneous reading of NTUs meaning you can take the reading directly from out in the field. Meanwhile measuring TSS is a manual and drawn-out process requiring a precise technique and measurements that often have to be conducted back in a laboratory. While portable meters are available as mentioned earlier, they are expensive and depending on the application, may or may not be worth the investment. It is worth considering the regularity of testing required and whether testing needs to be done on-site or can be taken back to a laboratory to go through the filtering process.

Put simply, turbidity looks at how well light passes through liquid and TSS is a quantitative expression of suspended particles. Even though turbidity and TSS complement each other, they are both influenced differently. For example, TSS can calculate sedimentation rates, while turbidity can’t. Turbidity and TSS do overlap in the measurement of some particles as shown in the illustration below but as mentioned, they do actually differ making it extremely difficult to form any kind of correlation between the two.

Can you convert NTU to TSS?

The big question we often get asked is: “Can you convert NTU to TSS?”. It’s a good question and the answer is a complicated one. This is generally where the confusion often arises as there is no linear relationship between NTU and TSS in mg/L which makes it very difficult to convert. The conversion cannot be broken down into a formula where you simply fill in your parameters and out spits the TSS conversion. Unfortunately, it is much more complicated and we are unable to find any suitable resource to support correctly working out a unique conversion formula. To find your formula, you would need enough data to be able to determine the relationship between the two. Even if you are able to correctly create this formula, the results will not be highly accurate and should only be used as a rough guide. If we boil it down, NTU and TSS refer to two different things and for accurate results, should be measured separately.